“Every once in a while a book restores my belief that magic could be right around the corner.”

New / Old Flames are our favorite books – the ones we really think you should read too. 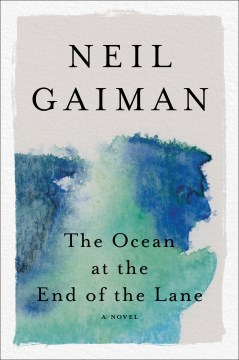 There’s a lot that’s great about being an adult. I can stay up as late as I want, eat ice cream for dinner, and I don’t have to listen to my parents (although I constantly ask for their advice anyway).

Things that are not so great about being an adult are bills, the need to get up early for work, and the lack of magic in everyday life. Or rather, a belief in the possibility of magic – the hope that a Hogwarts letter will come on our 11th birthday, or the bone deep belief that one day your closet will open – not into a disorganized shamble – but instead into a world populated by talking animals and wicked witches. At some point in becoming adults we lose this connection to a fantastical fantasy life, and instead start dreaming of saving enough money for a down payment, or freedom from student loans.

Luckily, every once in a while a book comes along to restores my belief that magic could be right around the corner. Neil Gaiman’s “The Ocean at the End of the Lane” is one of these books, with beautiful prose that makes the reader falls into the language as well as the story.

A short novel written for adults (Gaiman also writes for kids and young adults), “The Ocean at the End of the Lane”  chronicles the memories that come back to a man upon visiting his childhood town. Many years before, the boy’s world was rocked by the suicide of a boarder staying with his family – a death which opened the boy’s world to an evil that turned his family against him as it used the boy to keep its foothold in the human world. The boy’s only aid against this terrifying presence is a not quite human girl from the farm down the road, who has been 11 years old for a very long time.

As a kid, one of the things I loved about fairytales was that even though the story would be completely impossible in my own life, there was always a bit of wisdom or familiarity that made the impossible feel not quite so out of reach. “The Ocean at the End of the Lane” gives me just this feeling with its strong message about human nature and the havoc desire can wreck.  It’s perfect for the adult reader who misses feeling the possibility of magic.

When not hiding out with a book (and waiting for her Hogwarts acceptance letter), Megan is a Youth Services librarian at Shirlington.