Central Library will be Closed on Friday, July 3 and Saturday, July 4 for Independence Day More Info

Scan Your Library App to Check Out

Now you can use your Library App at self-checkout stations, just like a regular library card!

This brings up a virtual library card with your library card number, and a scannable barcode that can be used at all self-checkout stations.

The Library App is available for iOs and Android devices. Download the app by searching "Arlington Public Library" in the Apple App Store or Google Play Store.

A number of years ago, I was invited to mount a photo exhibit in Zagreb, Croatia.

“Vital Signs” was a collection of photographs that chronicled several years in the LGBT Movement in the United States. The show’s narrative arc began with images of quilts from the AIDS Memorial Quilt displayed on the National Mall in Washington, DC during July 2012, and ended with images of New York City’s Pride Parade of 2013, the victory “lap” following the U.S. Supreme Court’s findings on June 26 that both California’s Proposition 8 and Defense of Marriage Act (DOMA) were unconstitutional. The final image in the show was of a plaque commemorating the Stonewall Inn, a bar in New York City frequented by gays, which was the site of riots following a raid there by police the night of June 28, 1969.

After Stonewall, the gay rights movement came “out of the closet and into the streets” and into the public consciousness where it has remained since.

The first Pride Parade was held in New York City on Sunday, June 28, 1970, one year after the riot. More than 45 years after Stonewall, Pride events are now held nationwide in cities large and small, in red states and in blue states, from San Francisco to Omaha and New York to Sioux Falls.

Every June, Arlington Public Library (APL) celebrates Pride, to honor LGBTQIA+ Americans and their allies who have fought for and continue to fight for the right to be treated fairly, to be granted equal protection under the law and afforded the inalienable right to be happy.

Gay rights are human rights, and libraries have a unique role in supporting the LGBTQIA+ community: through our safe spaces where we foster inclusion, our collections which reflect diverse points of view, and our programs that educate and celebrate the differences among us that make Arlington a thriving community. More than a year ago, we signaled our embrace of inclusion with the addition of rainbow welcome signs posted on the entrances to each of our buildings.

And last year we added a banner at Central Library acknowledging that June is Pride month at APL. And this year, for the first time, we joined Arlington County Government and are proudly flying the Pride Flag at Central Library. Throughout the month, we will be offering a range of Pride public events.

And in keeping with our mission to educate, we have created a Pride booklist. 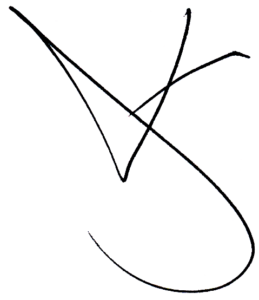 Pride Month is celebrated each year in June, to recognize the impact that lesbian, gay, bisexual and transgender individuals have had on our history - locally, nationally, and internationally.

Each day this month, we will share a new person or event that happened on that date in history, related to LGBTQIA+ history. On this day in 1951, Gilbert Baker, designer of the rainbow pride flag, was born. The original rainbow flag was unveiled at San Francisco Pride in 1978, with colors intended to reflect the diversity of the LGBT community. In 2015, the Museum of Modern Art ranked the rainbow flag as an internationally recognized symbol as important as the recycling symbol.

Learn more in "Pride: The Story of Harvey Milk and the Rainbow Flag."

We are preparing to move the bulk of construction work to the second floor, while continuing to put finishing touches on the first floor. During this time, we recommend visiting other Library locations if you need to use a computer for an extended period of time.

During Phase Two, the Friends of the Arlington Public Library retail space, the New Books area, and the Holds Shelves will all be relocated. The completion of Phase Two is currently set for early August 2018. Dates are subject to change based on construction schedules. We will update this information as soon as possible if there are any changes.

Please continue to check the Library website and app for more information.

The Library has limited resources. In the upcoming budget year, Arlington Public Library is facing a 17 percent decrease in the collections budget and must make tough decisions.

We do need your feedback about what other collections we will provide and maintain. The results of this survey will be considered as part of future decision making.

Looking for a challenge? Always wanted to read Russian literature, but never had time? Like talking about books with other people?

You are invited to join us in reading the very big book, “War and Peace” with us this summer!

We’ll read approximately 100 pages each week, talk about it online, cheer each other on when the Russian aristocrats drive us bonkers, and celebrate our survival of 1400 pages of Tolstoy at the end of the summer.

Reading of “War and Peace” begins on June 2.

Learn more, and register to join in, on the Library website.

In recognition of Asian and Pacific Island American Heritage Month, for May we are sharing community leader Nguyeb Ngoc Bich's oral history describing the Vietnamese refugee community in Arlington from roughly 1975 to 1980.

During that 5-year period, the U.S. population of Vietnamese immigrants - many of whom were refugees - had grown from 15,000 to 245,000. At the same time, the Clarendon neighborhood was transformed from a declining shopping destination to a supportive and bustling enclave, brimming with stores that provided both imported goods and a sense of community for Vietnamese-Americans. This area became known informally as “Little Saigon.”

But as construction on the Metro was completed and leases expired, Vietnamese business owners moved west to the Eden Center in Falls Church. This move was spearheaded by Nguyen Ngoc Bich, who had first come to the U.S. in the 1950s as a student.

In this clip, Mr. Bich describes the economic and social contexts of the rise of Little Saigon.

AD: Did you call it Little Saigon, or did you have another name for that area?

NNB: Little Saigon. Well, because before April 1975 the whole Vietnamese community in the Washington area was probably no more than about 3,000 people. But nonetheless, these three thousand people became the anchor for family. For instance, our family became the anchor for trying to resettle these twenty-some people that we brought from Vietnam and so on and so forth. Because of the fall of South Vietnam the embassy had to close. Then these people also have to find some way to make a living, and so a secretary there at the Embassy of Vietnam, her name is Zu Mak Zu (?), she was the very first one to open what you call the Saigon Market on Wilson Boulevard in the Clarendon area.
I think we were sort of lucky in a sense at the time. They were talking about building the Metro, and so they tore down a lot of things in the Clarendon area, and so the real estate became very, very cheap. Many of the major American establishments moved out. And because of that some of this real estate became available for very cheap. But they gave you a very short contract, like six months or one quarter.

AD: Were most of the buildings in that Little Saigon area mostly commercial, or were there some social services as well?

NNB: No, mostly commercial because the social services for the refugees tend to be run out of American establishments like the US CC, US Catholic Conference, the Catholic university or the Lutheran Services that are on 16th Street. In fact, the Lutheran Services is only three blocks away from the Vietnamese Buddhist temple up there. While most of the things are here, businesses, restaurants, tailor shop, photo shop, jewelry store, bridal things, we had all that. We all congregated around the Clarendon area. At one point we might have—I don’t think maybe 100, probably not 100, easily 70 or 80 establishments that catered to Vietnamese customers. And so a trip to Clarendon gets you not only to go and get what you need but also run into a lot of friends, new friends that we make, and that became the core of the community in this area.

You can find Nguyen Ngoc Bich’s interview in its entirety in the Center for Local History - VA 975.5295 A7243oh ser.12 no.1. Photo: Vietnam Center Clarendon, Source: Photographs of the Arlington Historical Society, PG 230-1096

From June 2017 – May 2018, we will post one oral history clip and transcript each month, focusing on Arlington’s history, culture and identity.

What is the oral history collection?

Oral history is a popular method of research used for understanding historical events, actors, and movements from the point of view of people’s personal experiences.

The Shed, our garden tool lending library, is open to Arlington residents and property owners age 18 and over, with a Library card.

Phase 1 is winding down…

Behind the temporary work wall on the first floor at Central Library, cement has been poured, HVAC is being installed, and new outlets are getting connected.

The new meeting rooms are taking shape, and the new Friends of the Library Book Store is coming together!

Further updates are coming, so check back here soon.