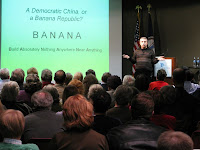 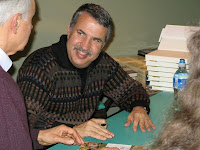 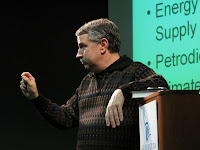 A capacity crowd was treated Dec. 2 to an inspiring performance by Pulitzer Prize winning author and New York Times columnist Tom Friedman, whose latest book, Hot Flat and Crowded, redefines the green revolution in common-sense terms and reaffirms that America has lost its groove and must change or, figuratively, die. I say performance because in a masterful, tale-spinning hour, punctuated with both humor and facts, his salient point–that America must innovate or else–put a new slant on the global climate change debate, taking it out of the realm of pure science and into where it matters most: the marketplace, where you must perform or perish.

That the clarion call to innovate took place in the Arlington Public Library’s Central Auditorium is another sign of the important role libraries play in communities across the nation. Not only do we bring in top-tier authors, public figures and thinkers to discuss the bleeding and leading wedge issues of our times and promote the free exchange of opinions and ideas. Our shelves are lined with innovations, failed schemes and dreams, the factual, the fanciful, the good, bad and the ugly–and that is as it should be.

There has long been a link between libraries and innovators. The nation’s first innovator/inventor-in-chief Thomas Jefferson gave up his personal library for the fledgling Library of Congress not once but twice. And Ben Franklin, no stranger to invention himself, started the nation’s first free lending library.

Friedman’s message was clear: the glass of lemonade is still half full. We have exactly enough time–starting now.