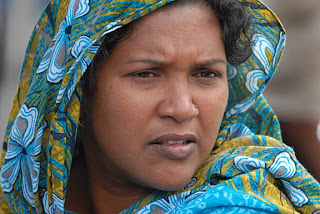 Approximately 130 people joined us for the reception, including the CPDP artists, as well as several people whose portraits were on display. County Board members Walter Tejada and Chris Zimmerman spoke, as did photographers Lloyd Wolf and Paula Endo. And participating photographer Duy Tran took great photos of the event.

The show will remain on display at Columbia Pike through the end of February.