Here we come a caroling—‘tis the season to be seasonal. It’s that most wonderful time of the year for decking and hauling, tinseling and snowballing (at least somewhere), so it’s time for another list of much beloved songs to drive the dark away. In looking over last year’s inaugural list, I see we have a hard act to follow. Decisions, decisions—whether to go ironic or indie? Caroler or crooner? Classical or comedy? Hipster or hippie? Rhythm ‘n’ blues-er or rocker? Too much to choose from because ANYONE who has ever dared to call himself or herself a singer has made an album or two (or three) of seasonal favorites, those tunes that nestle in like ear worms as the Macy’s T-Day balloons are launched, not to be freed until early January.

Much as I did last year, I decided to go for the eclectic sampler, the kind of box of treats my family used to buy at the Russell Stover Candies store at Seven Corners Shopping Mall. 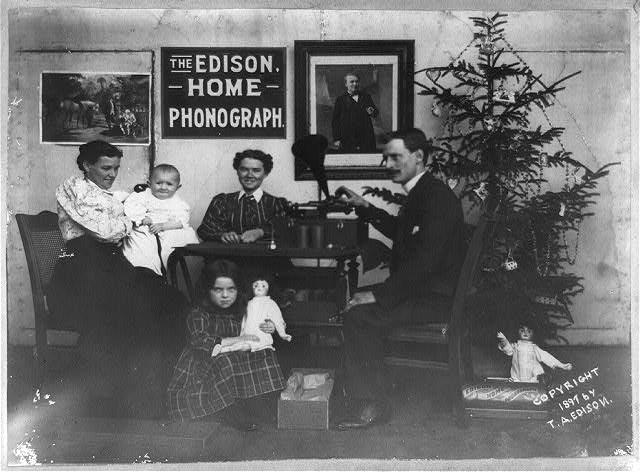 No barking dogs, no marauding reindeer committing granny-cide, no warbling, woodland rodents, and not a lot you’re likely to hear in the grocery aisles. Not even a Bob Dylan re-interpretation (too scary). Just a little of this and a little of that—something new, something blue and maybe a tune (or two) new to you.

So grab a hot cuppa, slip into a Snuggie and, once again click, spin or play your way into the holidays. And post a comment below with YOUR list of favorites—be they musical, audio-visual, photographic, literary or memories of the most notable gifts ever given or received as you and yours celebrate the best of the season—be it Christmas, Eid, Hanukah, Kwanzaa, Diwali, the Solstice or any other.

10. “Winter Wonderland”—Rosemary Clooney. Long before there was dreamy George there was his Aunt Rosie, one of the best of the canaries (girl singers) to come outta the Big Band era. She really swings, “are you listening?”

9. “Do You Hear What I Hear”—The Roches (from “We Three Kings”). A trio of hip sisters, neo-folkies with a twist. I picked this one because I like the song so much but the whole deal is great.

8. “Jingle Bells”—Barbra Streisand. On steroids. A frighteningly fast take on a holiday classic, recorded in 1967 when La Barbra was no doubt still channeling Fanny Brice. Catch it if you can; it must be heard to be believed.

It’s coming on Christmas.
They’re cutting down trees.
They’re putting up reindeer.
And singing songs of joy and peace.

Herbie and Joni, it doesn’t get any better than this.

5. “The Wild Wood Carol”—Cambridge Singers (from “Christmas Day in the Morning”), conducted by John Rutter. After a nine millionth hearing of the John Rutter “Gloria” last Christmas, a friend of mine remarked that he was going to devote the rest of his life to destroying every extant recording of it. But that’s Rutter the composer. Rutter the choral conductor puts the Brit stiff upper lip to good use with this crystalline clear collection of classics that stays in my CD changer throughout the whole of December.

4. “A Christmas Song”—Charles Bressler and Ned Rorem (from “Rorem: Songs of Rorem”). And for the truly adventuresome, check out Susan Graham’s “Songs of Ned Rorem.” Take special note of “Stopping by Woods on a Snowy Evening.” Luscious.

3. “Santa Claus is Back in Town”—Elvis Presley. The King. 1. “Have Yourself A Merry Christmas”—The Carpenters. Last year I closed my list with Judy Garland’s version . With this pick, I am starting a tradition within a tradition, to close with a different cover of my super all-time fave song of the season. I own a lot of versions and there are scores out there–even one by Twisted Sister. So we should be more than good until 2050. And still I will never, ever put Bob Dylan’s version on this list.

Bonus Tracks: One silly, one serious and one off-the-wall. 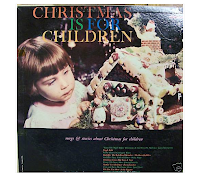 1. “Simply Having a Wonderful Christmas Time”—Wings. Sir Paul McCartney doing what he does best. Tossing off a little nothing and making it all look easy.
2. “I Fell Out of A Christmas Tree”—Little Rita Faye. Okay. This is the off-the-wall one. From a goofy and strange Christmas album I owned when I was a kid. It had Lionel Barrymore reading ‘Twas the Night Before Christmas, among other strangenesses. The whole thing is just plain weird.
3. “The Holly and the Ivy”—The Medieval Babes. The whole album is a little new agey and other worldly.