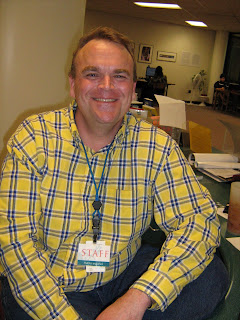 Jason began his public library career in Texas, where he worked outside Fort Worth for 5 years, and has worked for Arlington Public Library since October 2005. In November 2008, he became Columbia Pike branch manager, where his bilingual talents and community-centered ideas have energized the Library.

In his free time, Jason enjoys silver and goldsmithing, cooking, and studying languages. He is also an Indophile.