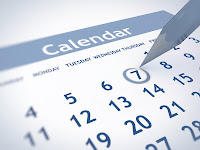 Have you noticed later-than-usual due dates on Library materials you recently checked out?

As we head toward the mid-February installation of our brand-new catalog and accounts system, we’ve set due dates later, so nothing has to be returned during the transition week of Feb. 13. And because the renewal system will not work during the transition (in-person or online), you also won’t have to renew your items until later.

You will still be able to check-out materials at all Library locations during the transition, which will operate on regular schedules.