Edmond C. Fleet (1902-1983) was a civilian pastry chef for the United States Navy, who found significant ways to put his organizing talents to good use for the Nauck community.

Besides being a member of the local African-American Elks Lodge, Masonic Lodge, and Oddfellows, he was a co-founder of the Veteran’s Memorial Branch of the YMCA, located at 3440 22nd Street S, one block away from Macedonia Baptist Church.

Built in 1953, the Veteran’s Memorial YMCA served the “non-white” residents of the county. Located near Drew School, it naturally had a strong bond with the children of Nauck, especially since the county’s Parks and Recreation system was still segregated.

In the late 1950s, this YMCA started a campaign to build a swimming pool as there were no pools in the County that would allow African-Americans in. Third page of mailer sent out to get contributions for construction of the Veteran's Memorial YMCA swimming pool.

This 1962 pledge brochure, which lists Fleet as a member of the Advisory Committee, details plans for the pool and asks for community support. Fleet put his money where his mouth was, and donated money to the YMCA and other organizations in which he was involved, including Mt. Zion Baptist Church where he was in the choir.

Fleet was involved in local politics too, hosting Lady Bird Johnson at his home for a Chuck Robb campaign event in 1977, when he ran for Lieutenant Governor of Virginia. (Chuck Robb is married to Lady Bird and President Johnson's daughter, Lynda Bird Johnson Robb.) 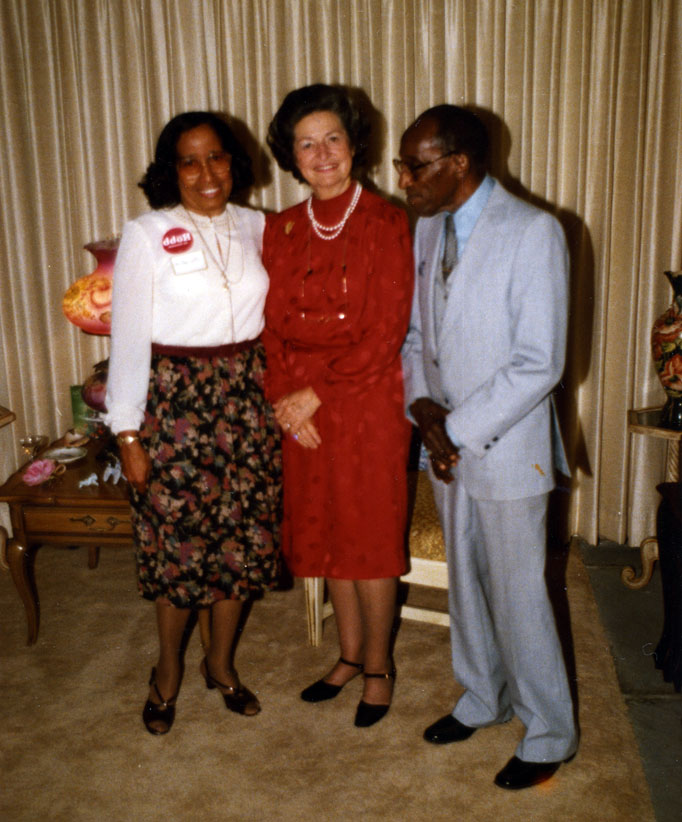 To learn more about Edmund C. Fleet and the Veteran’s Memorial YMCA, visit the Center for Local History on the first floor of the Central Library.