The small-batch Arlington 100 lager will be available in the New District taproom on Saturday, March 14 beginning at 2 p.m., where County Board Chair Libby Garvey is scheduled to act as honorary barkeep and pull the Arlington 100 tap for the first time. View of Rosslyn and the Aqueduct Bridge from Georgetown, c.1900. Consumer brewery and the smokestack is in the upper right section of the image.

Built in 1896 in Rosslyn under the direction of noted local architect Albert Goenner, the Consumer Brewery building was located above the site of the old Aqueduct Bridge. Rosslyn at this time was a notorious area, home of many taverns, gambling establishments and brothels. Local breweries like the Consumer Brewery were important to their communities because they gave tavern owners and other customers another, convenient source of beer, besides relying exclusively on larger commercial breweries.

The building itself was a distinctive red brick structure with turrets on the ends, a clock tower in the center, and a large smokestack at the back. Goenner was also responsible for building the original Arlington County Courthouse.

Around 1904, the brewery business was reorganized and William McGuire became president, changing the name to the Arlington Brewery. It continued operations until 1920 when Prohibition went into effect.

The building subsequently served as a lithographic print shop and warehouse until its demolition in 1958, when the property was used for the construction of a Marriott motel. 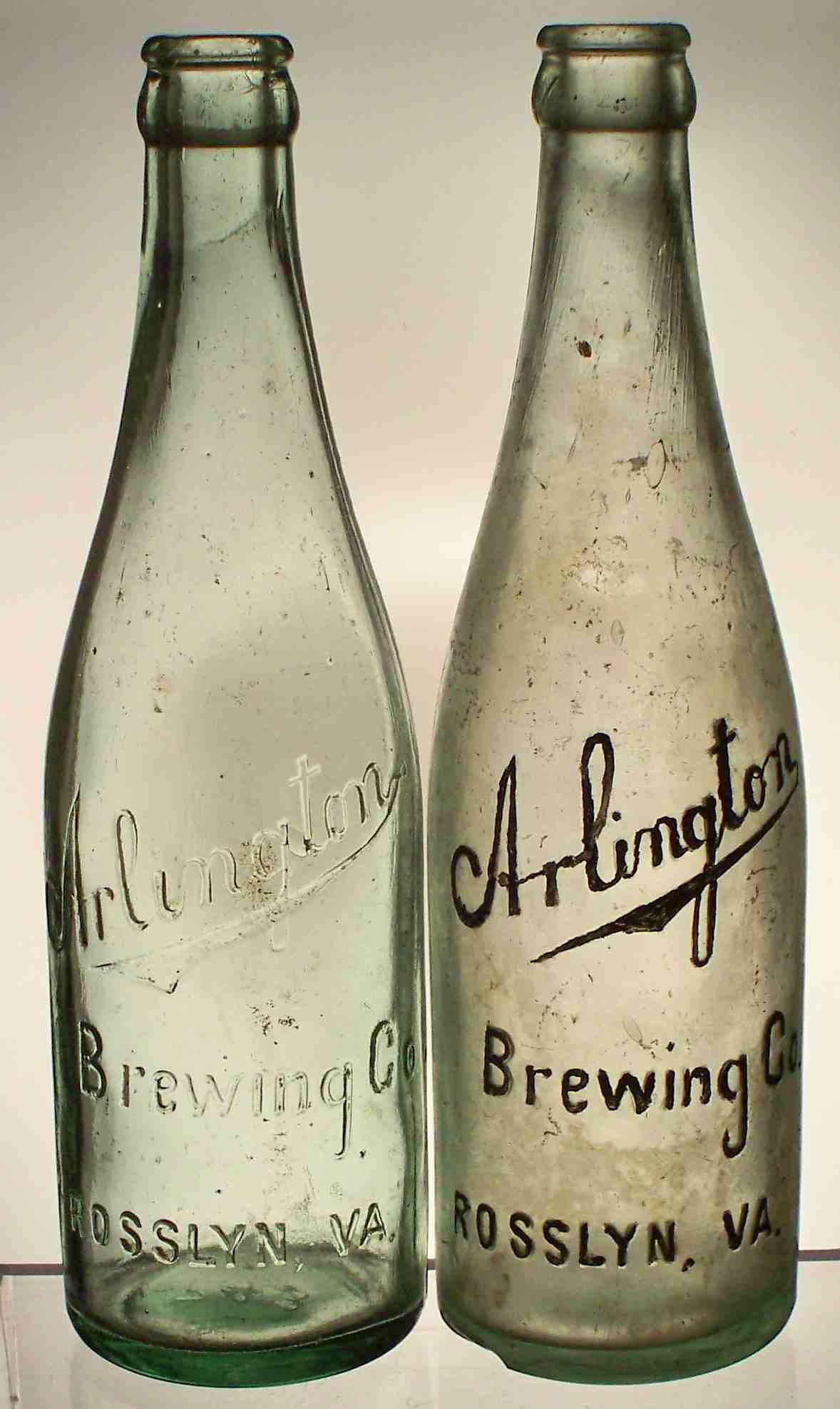