Dorothy Hamm was born in 1919 in Caroline County, Virginia. The only school that accepted African-American students was six miles away from her home, and in 1926 her family moved to Fairfax County where the children could attend elementary school. When Hamm graduated from primary school, the family found that there was no accessible junior high or high school for African-American students. Because her mother was a government employee, Dorothy attended secondary schools in Washington, D.C., and went on to enroll in Miner Teacher’s College. Hamm married Edward Leslie Hamm, Sr., in 1942 and the couple moved to Arlington in 1950, where they raised their three children. In 1954, the Supreme Court ruled segregation illegal in the public schools in Brown vs. Board of Education. In 1956, the Hamms became plaintiffs in the first civil action case filed to integrate the Arlington Public School system. When no action had been taken a year after the suit was filed, Dorothy and her husband took their oldest son, Edward Leslie, Jr., to enroll at Stratford Junior High School, and were not allowed to admit him to the school.

A few days after the opening day of the school year in September 1957, crosses were burned on the lawns of two Arlington families and the Calloway United Methodist Church. The church was a central location for desegregation organizers. In 1963, Hamm was the plaintiff in a civil action case to eliminate the poll tax and remove the race designation from public forms and voting records in Arlington County. The same year, she initiated legal action and helped to organize picketing efforts in protest of segregation of Arlington’s theaters. Along with four other protesters, Hamm was arrested for picketing at the Glebe Theater. Their efforts were ultimately successful, and Hamm and her son Edward Leslie, Jr., became the first African-American customers to be admitted to the theater.

Hamm continued her political activism as an officer of elections in the County for more than 27 years and worked with the Congress on Racial Equality (CORE). She and her husband also participated in the 1963 March on Washington and the Poor People’s March on Washington in 1968.

Hamm passed away in 2004, but her legacy in Arlington lives on. 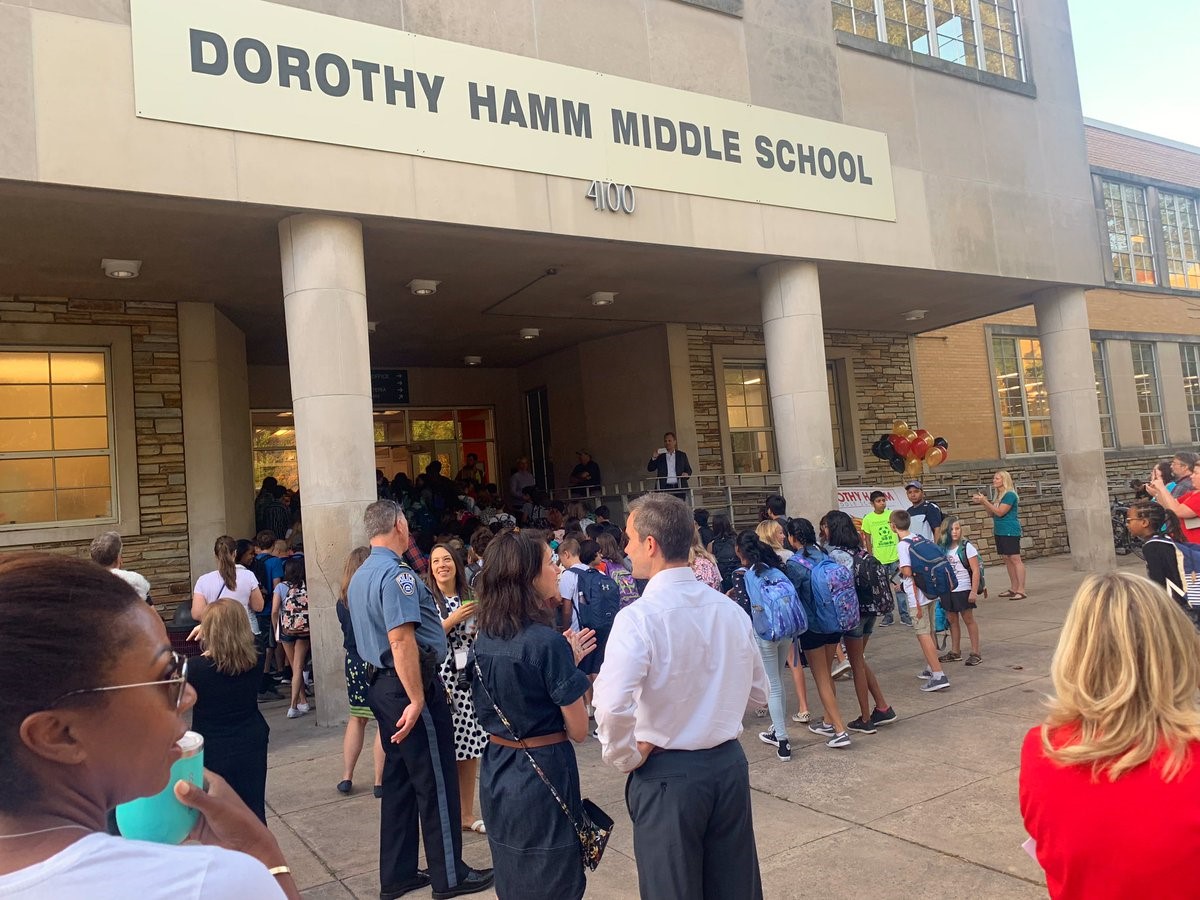